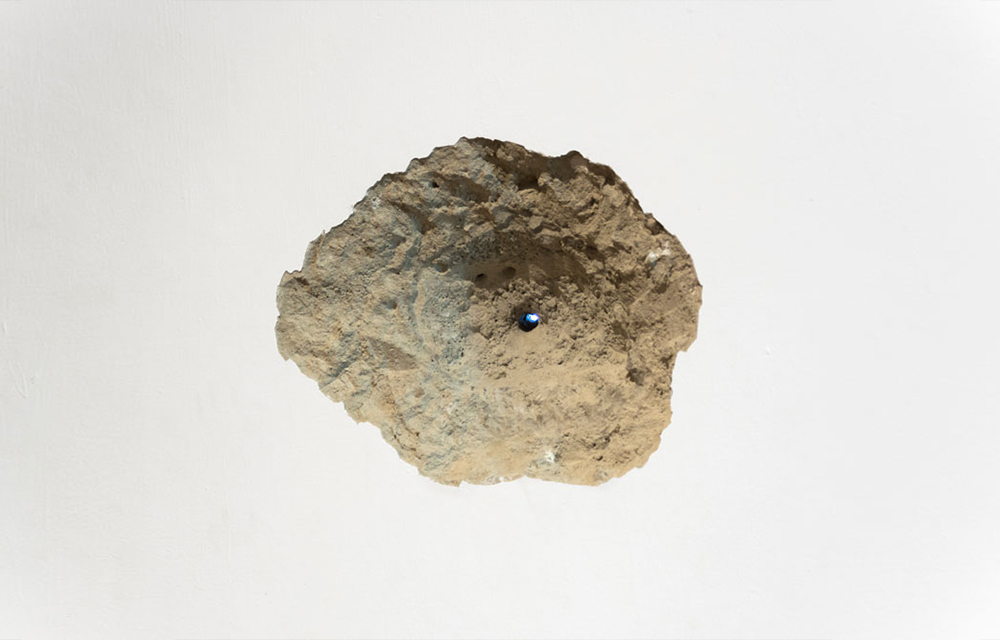 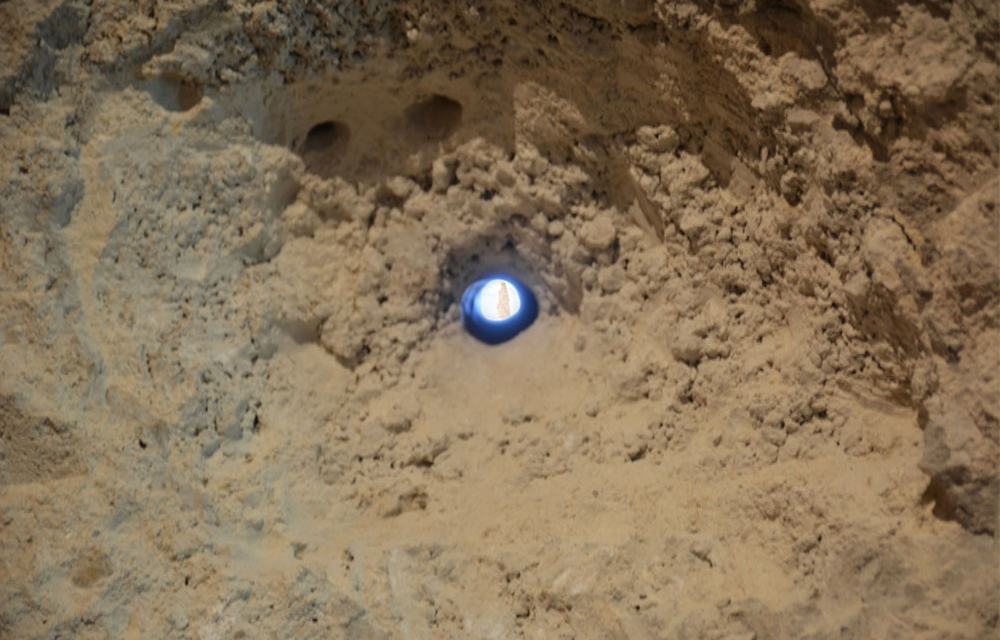 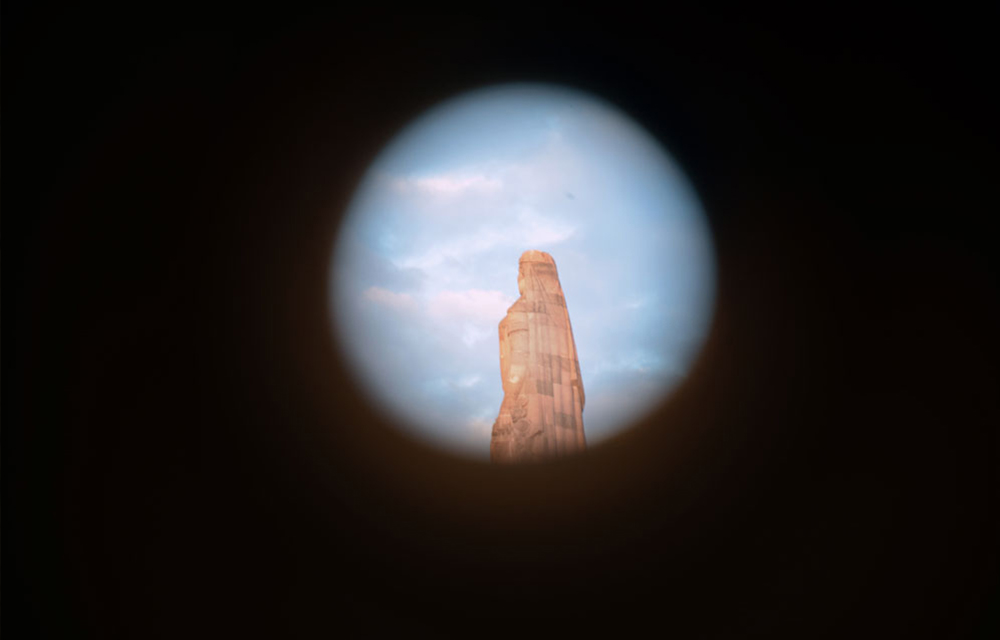 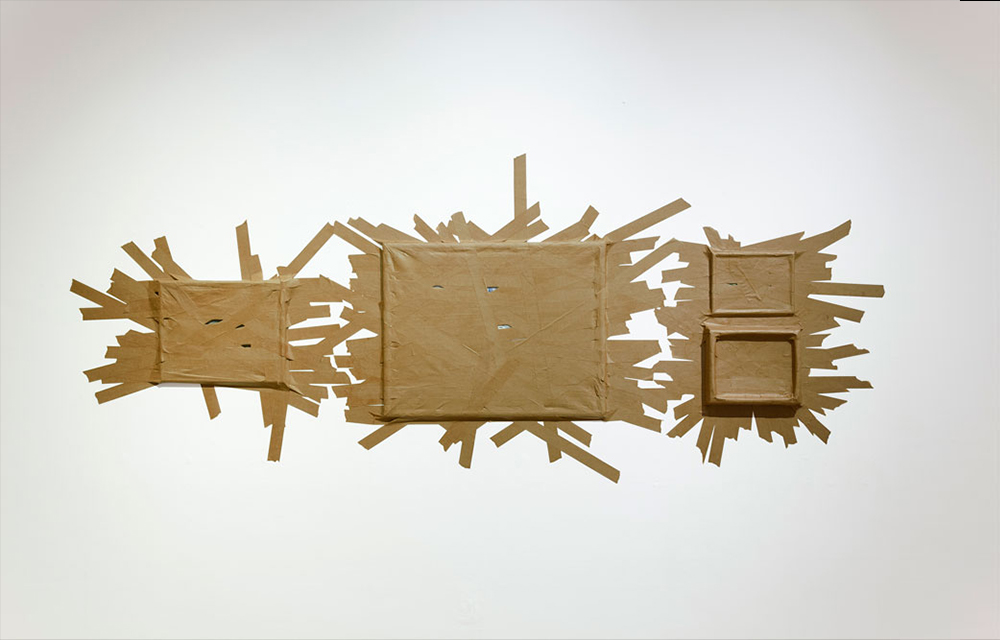 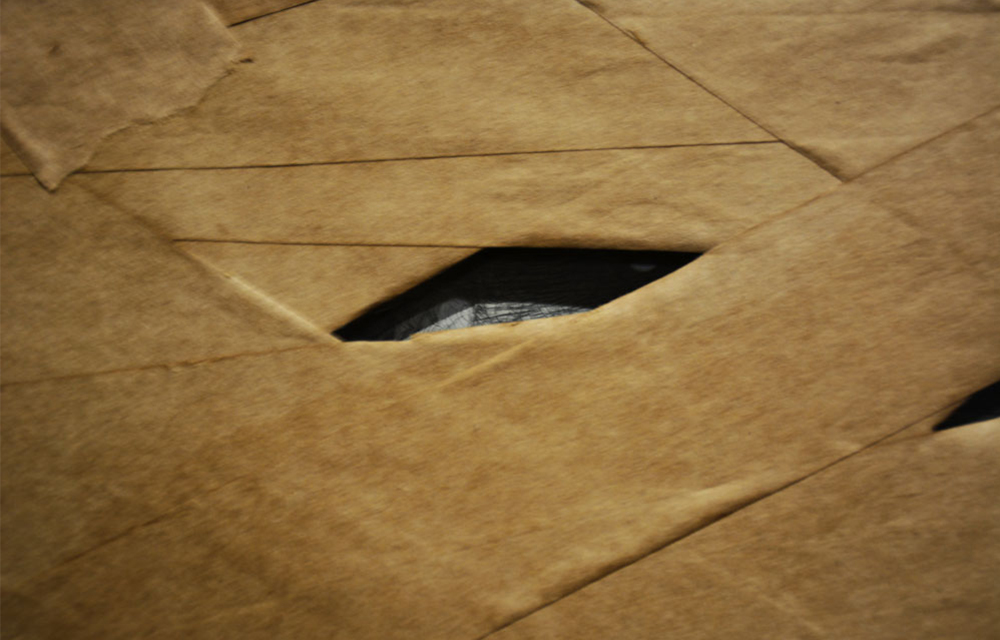 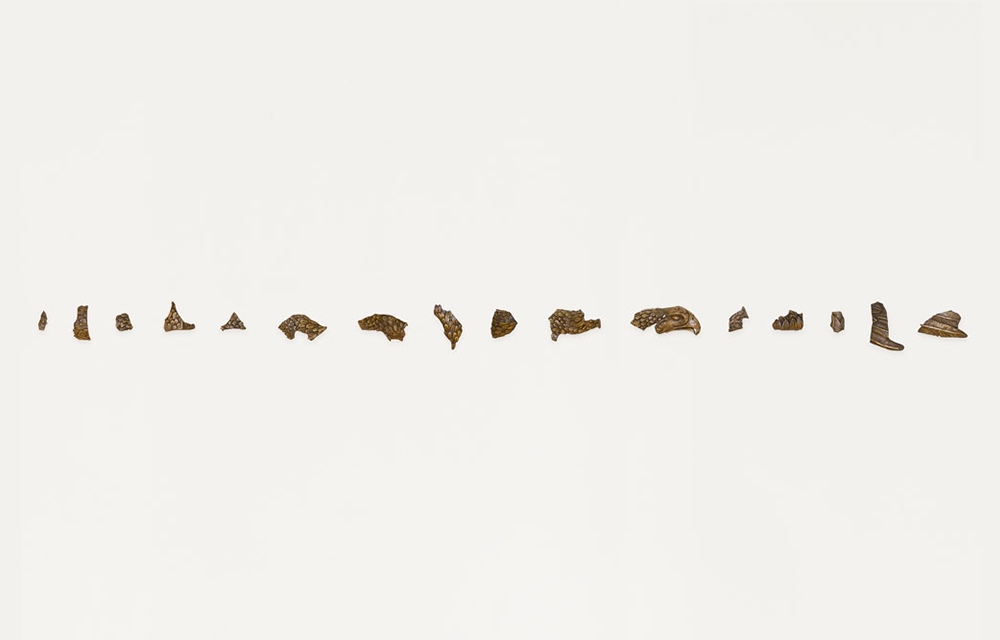 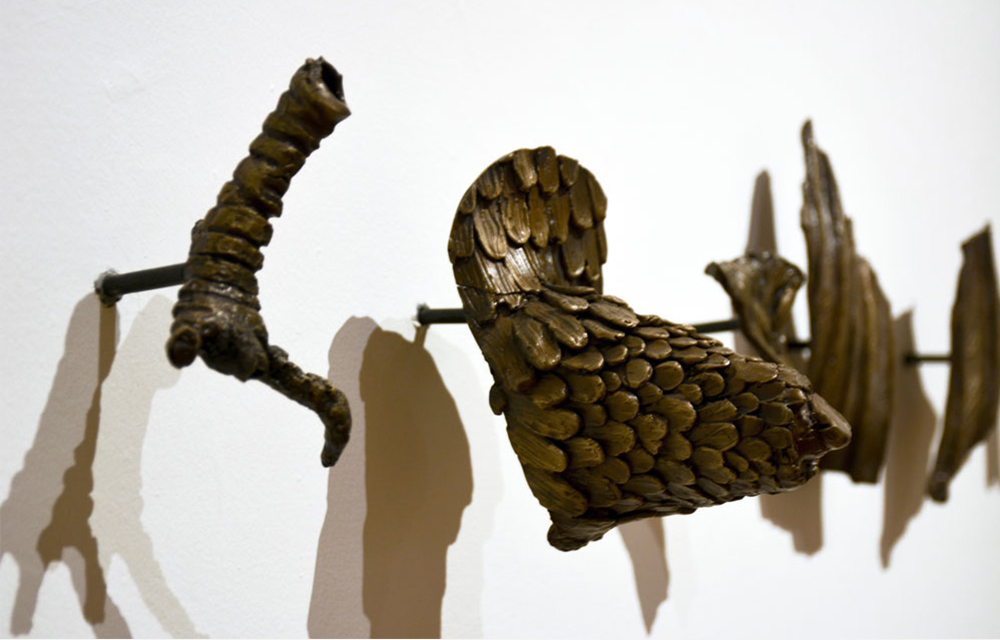 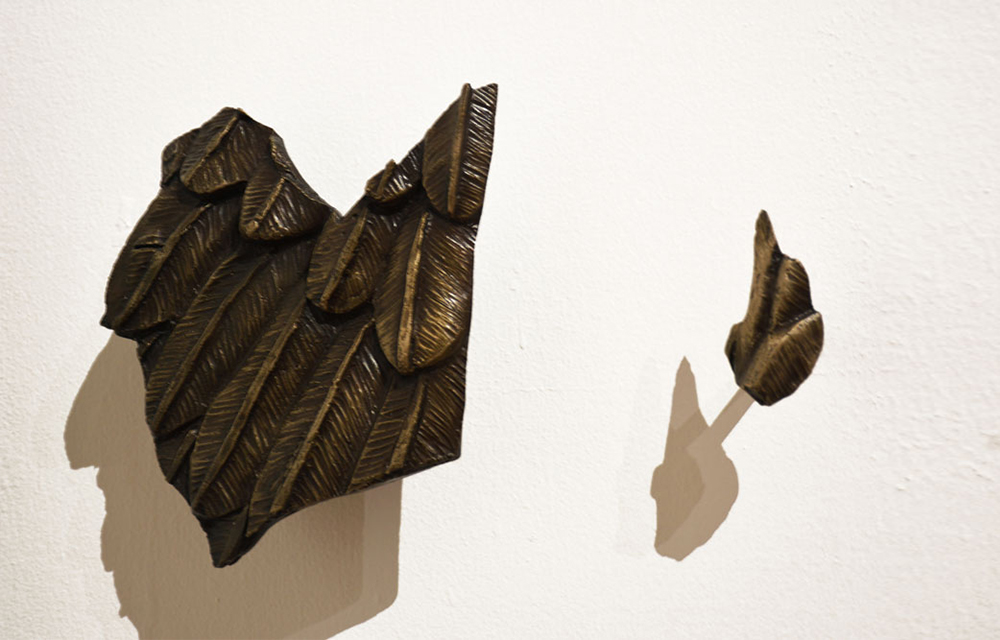 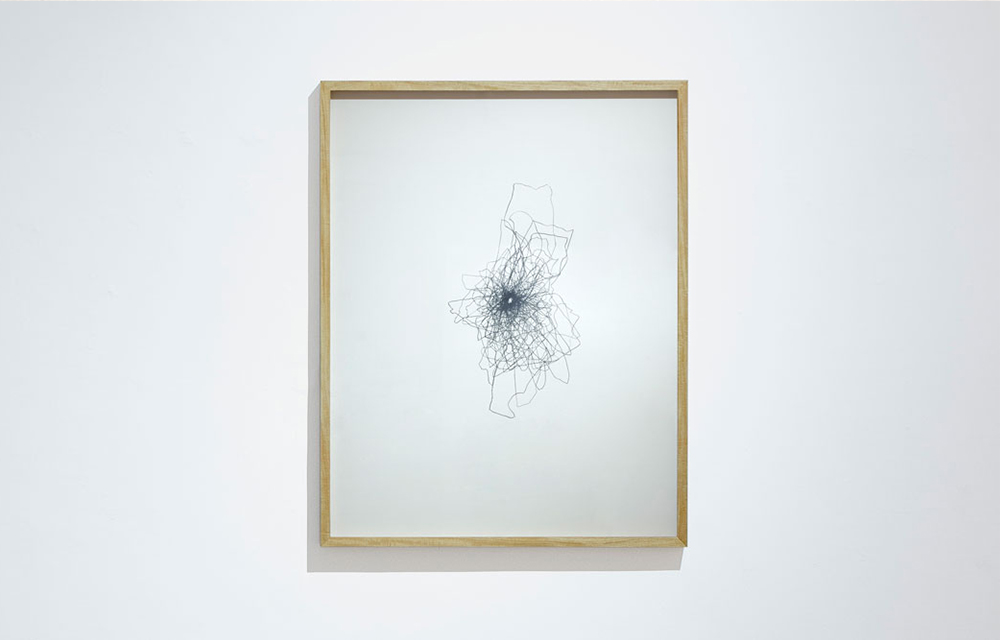 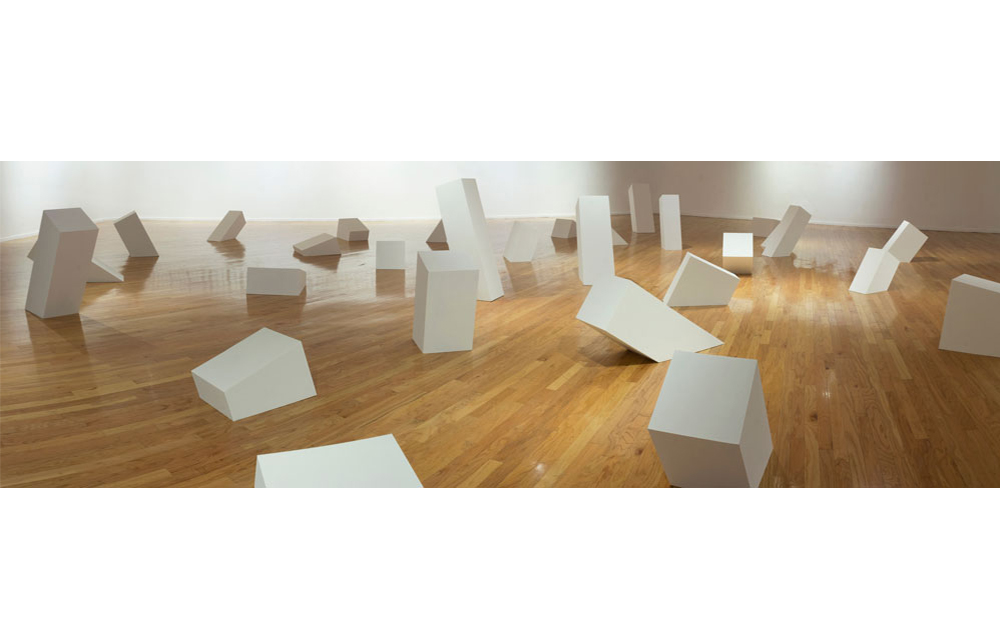 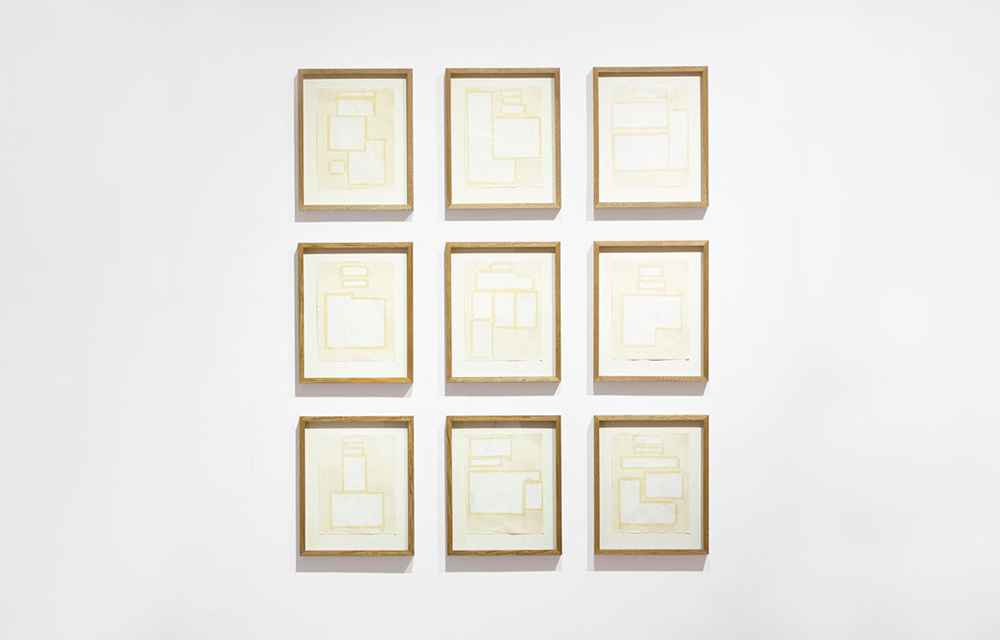 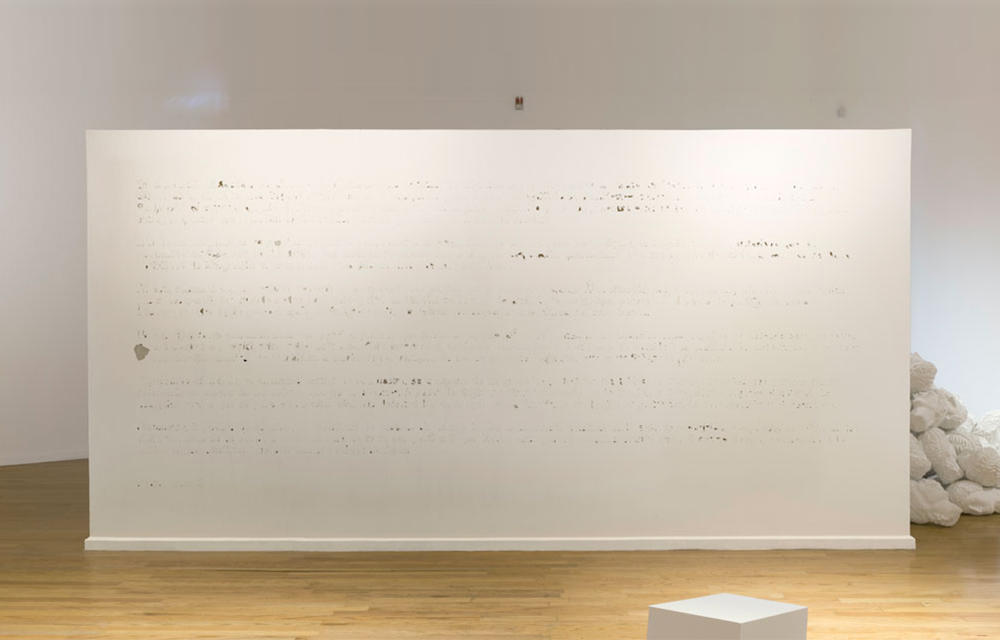 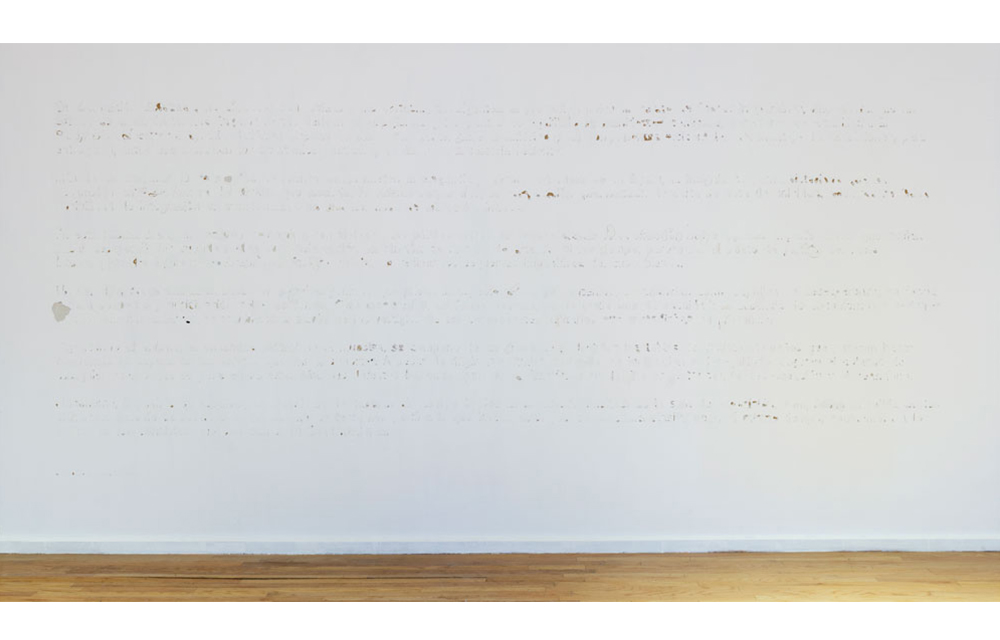 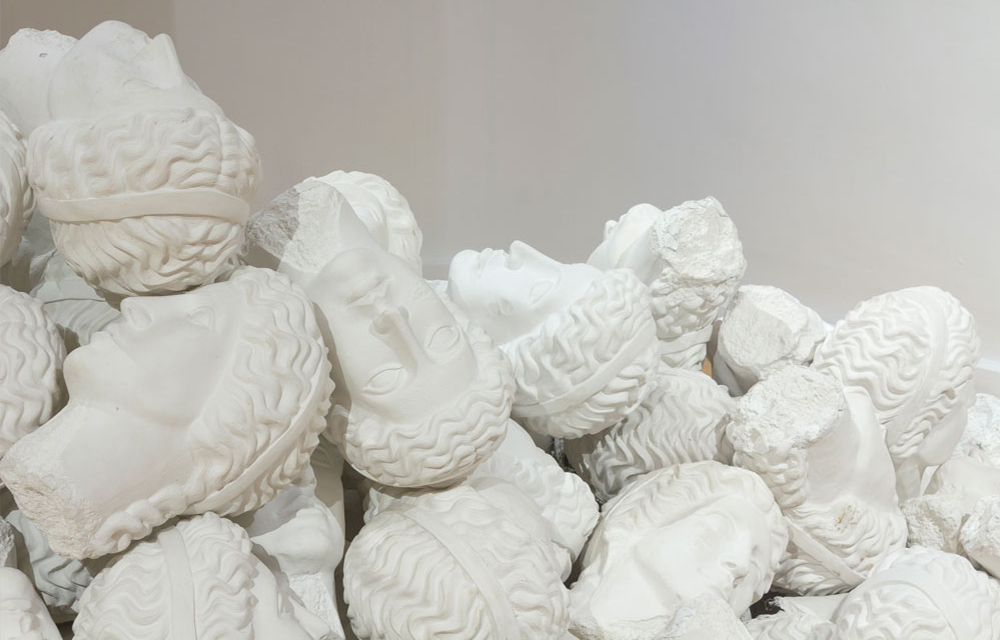 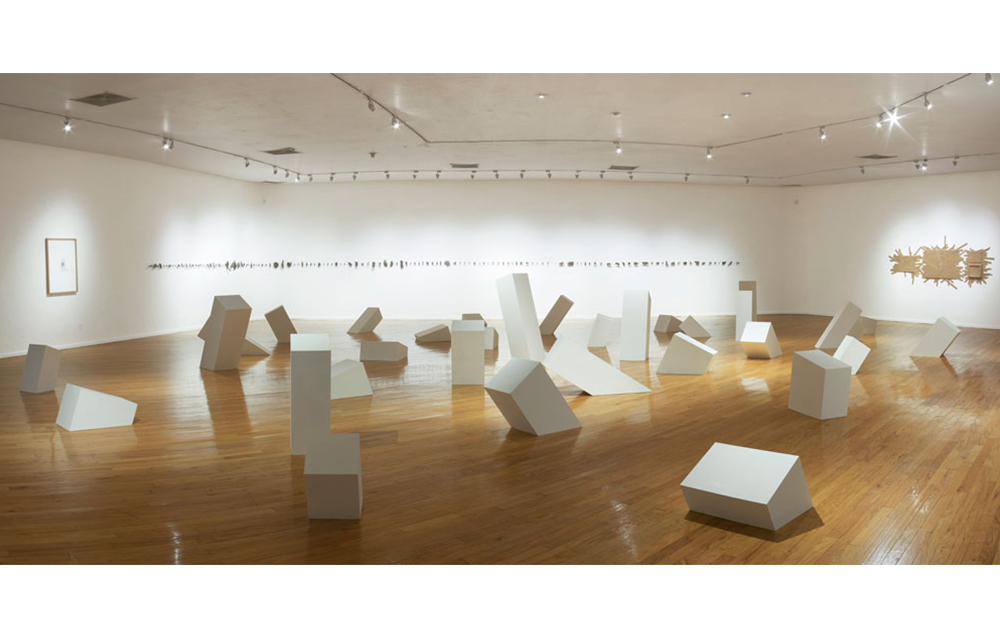 In a dislocated nation, symbols are splinters and certainties are compromised. The present rubricates a tale of irreparable fissures, markers of a state of dejection. Right angles derive in mirages and points of equilibrium seem convex, deserters of stability. In Paráfrasis del estrago (Damage Paraphrase), Cynthia Gutiérrez uses elements from sculptural language and incidental components for exhibition installation, to deliver notes that claim the political and social misfortunes of recent history.

A hole contaminates violently the pale walls of the museum, with an impetus that seeks to redeem the imposed schemes of the white cube. Through a small perforation, the eye is directed to the highest part of the Monumento a los Niños Héroes, which is a figure that represents Mother Nation, a commemorative object located in the public space that asserts ideas of nation, identity, history and memory. This new view decontextualizes the monument, breaks the sacredness of the exhibition space and detonates a dialogue between what happens inside and outside the premises.

More than a hundred fragments of bronze compromise the elegance and decorum of the flight of an eagle, the emblem of a victorious nation that has succumbed to the misfortune of the state it announces. In Aliento suspendido (Suspended Breath), the broken composition discards its note of unity, while its only possibility of integration is to be transformed into a nebula of stacked fractions.

A group of paintings embalmed with framing paper tape that deprives the viewer from their content, stand as cocoons of despair; the shape generates suspicion and anticipation about what lies within. On the other hand, Columnas vacías (Empty Columns) is a testimony of vacuity: the absence of documents and records of archaic monuments is manifested through the vestiges of the components that guarded their presence.

Soportando el abismo (Supporting the Abyss), the central ensemble of the show, is composed of a group of unstable pedestals of various dimensions that appear to take a bow while awaiting for the objects they will support. Despite faking a rhythmic cadence, their inclination and imbalance augur the collapse of any body that should pose on their surfaces. Their defects emancipate them from their function, and their destiny, then, is to be vacant and abandoned.

Finally, impossible to elude, a pile of heads without body prevents the habitual circulation through the exhibition hall, complicating the exit of visitors. Melodía de sombras (Melody of Shadows) is a heap of testa non pertinente that invokes classical sculpture and, at the same time, commemorates the fallen in the conflicts that permeate our national reality.