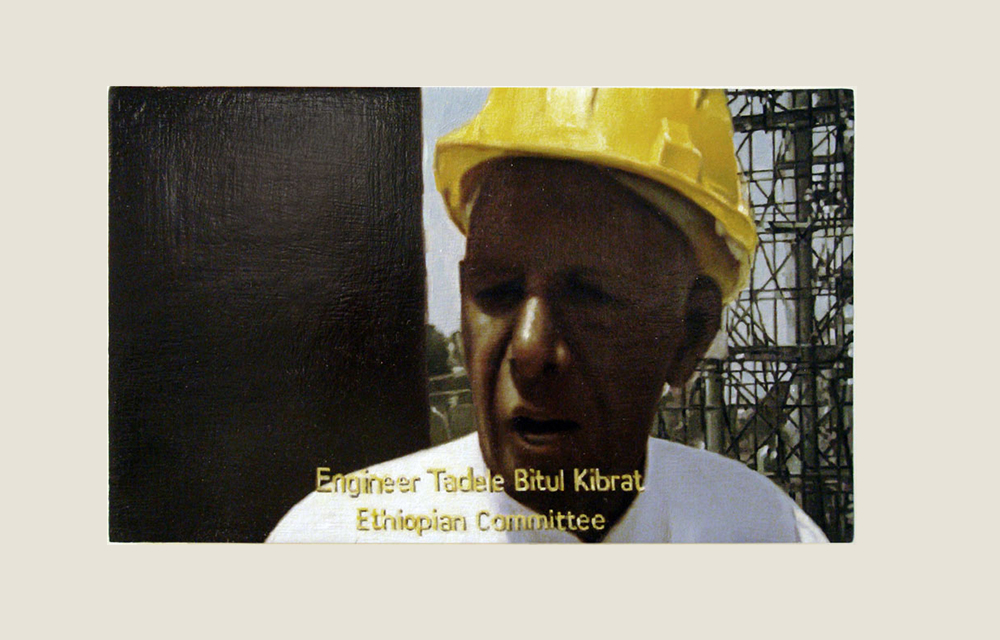 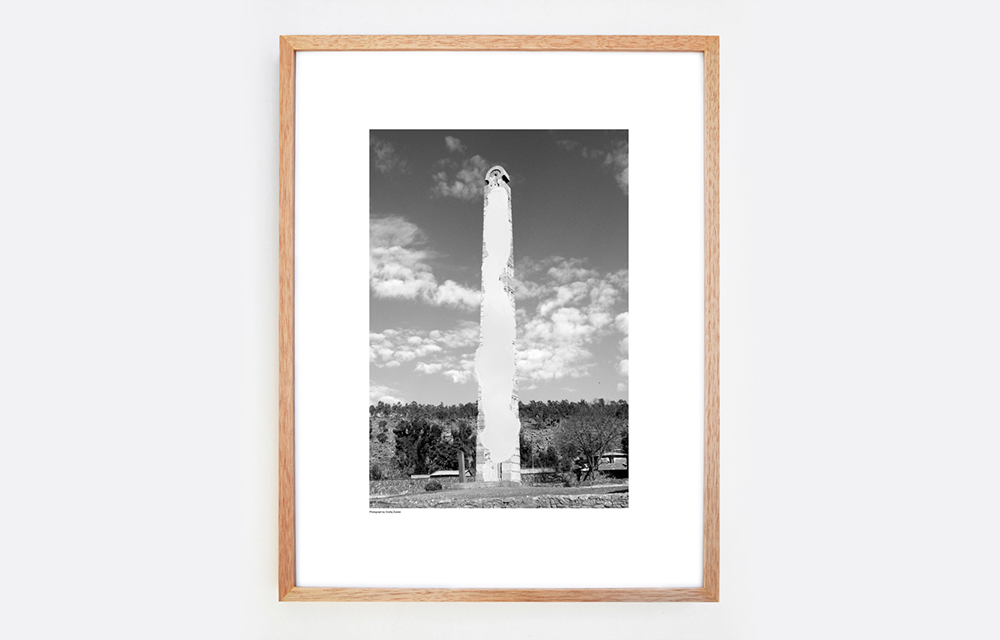 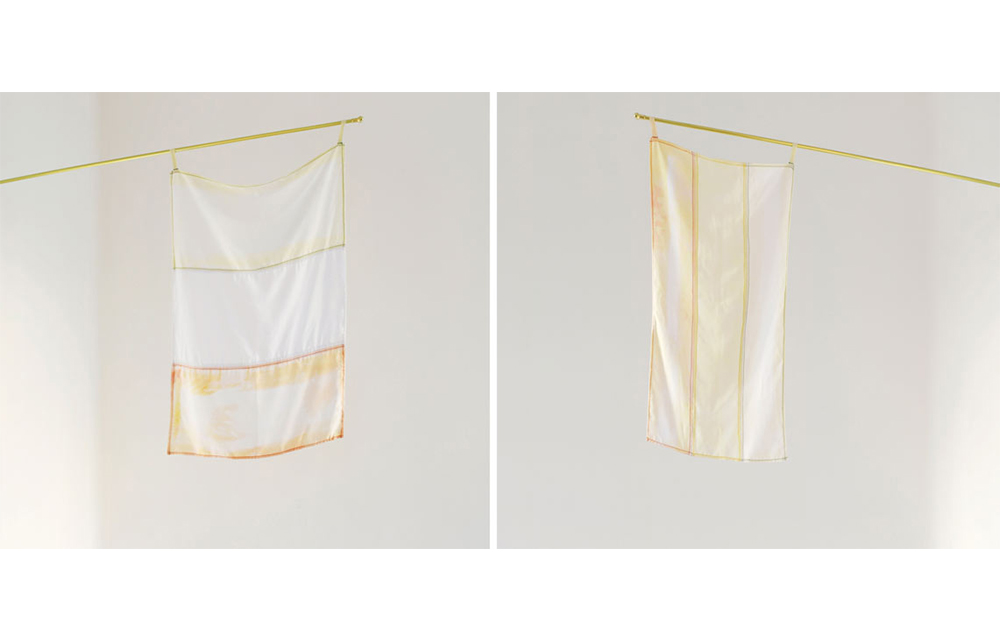 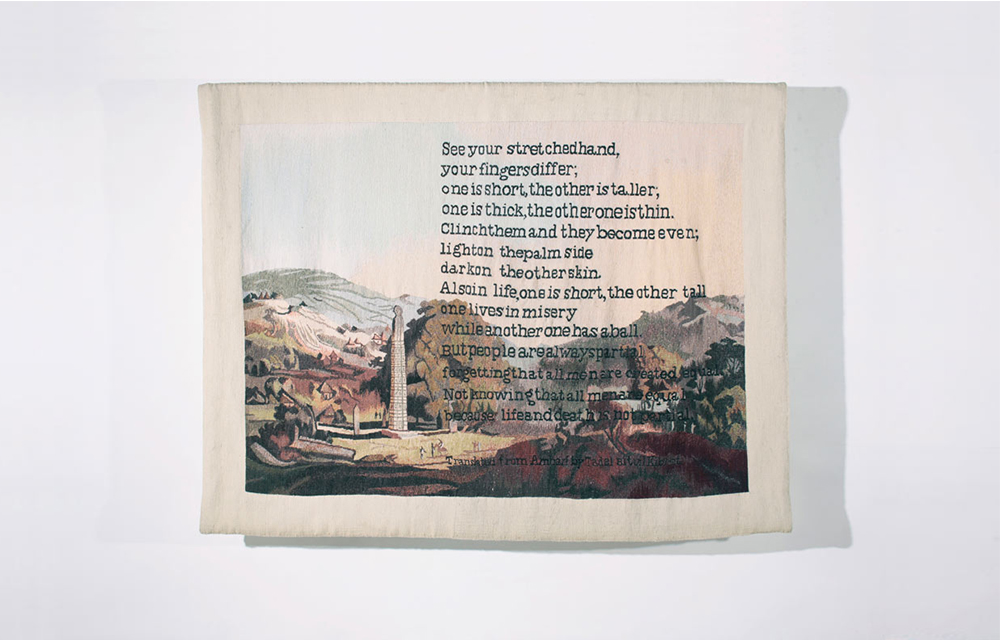 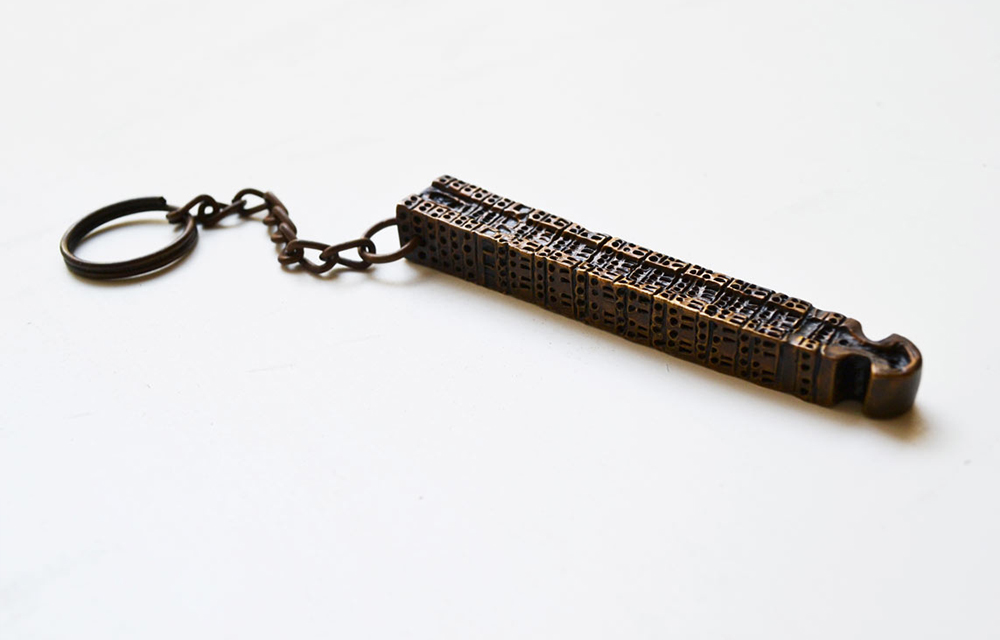 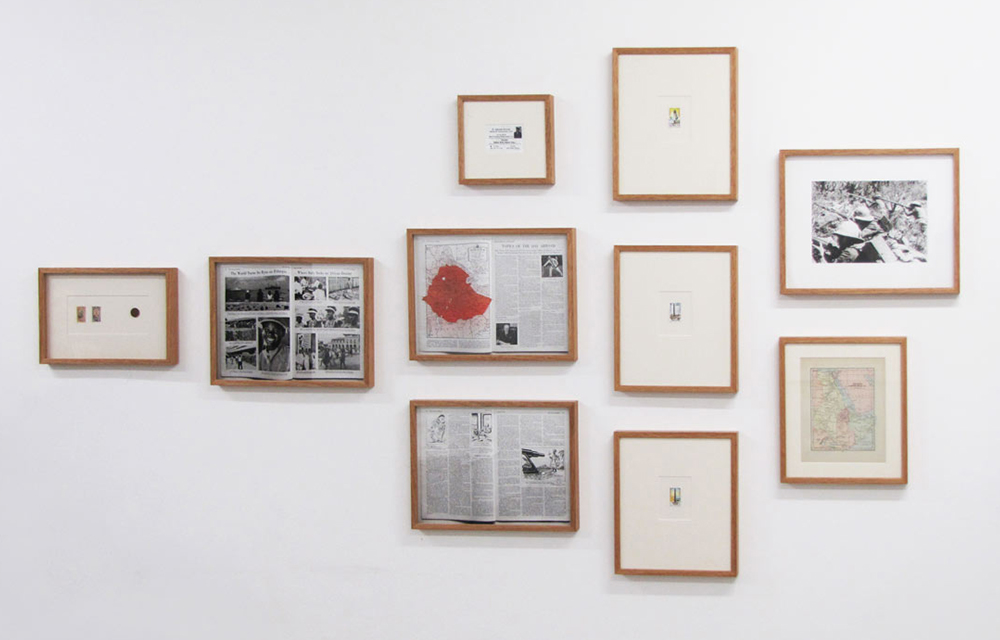 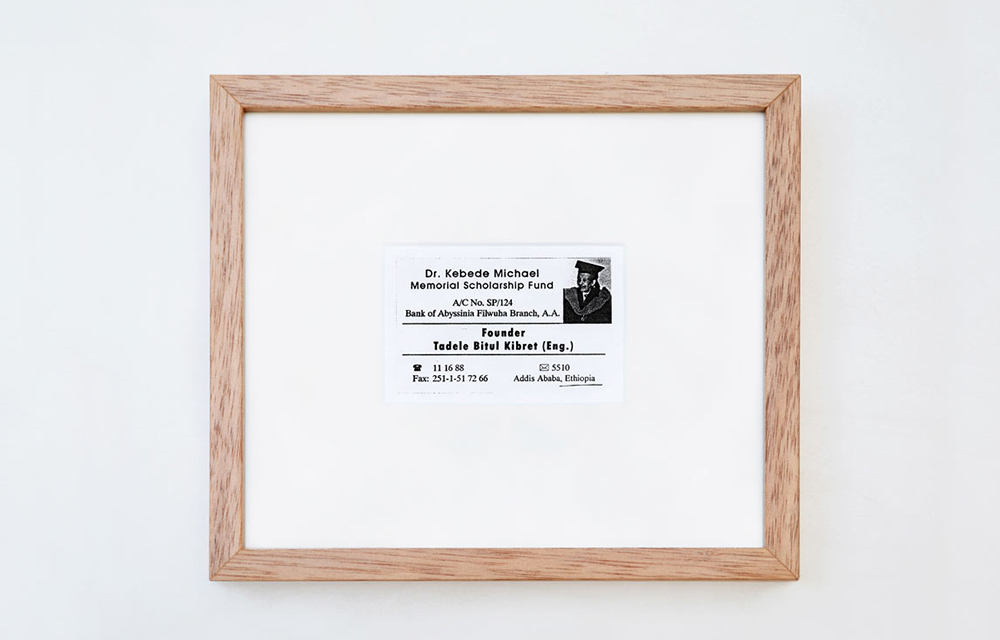 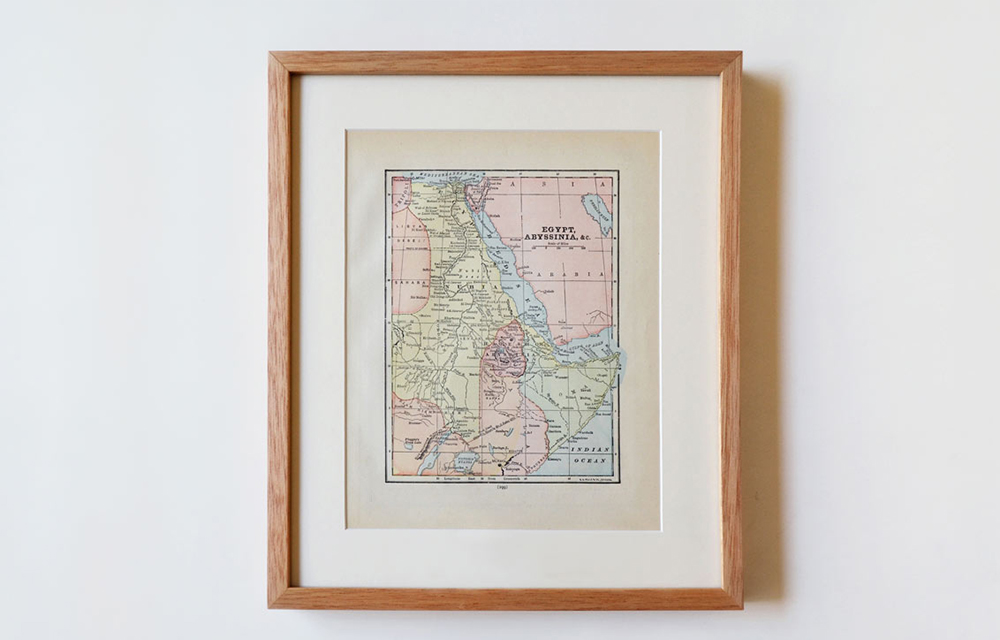 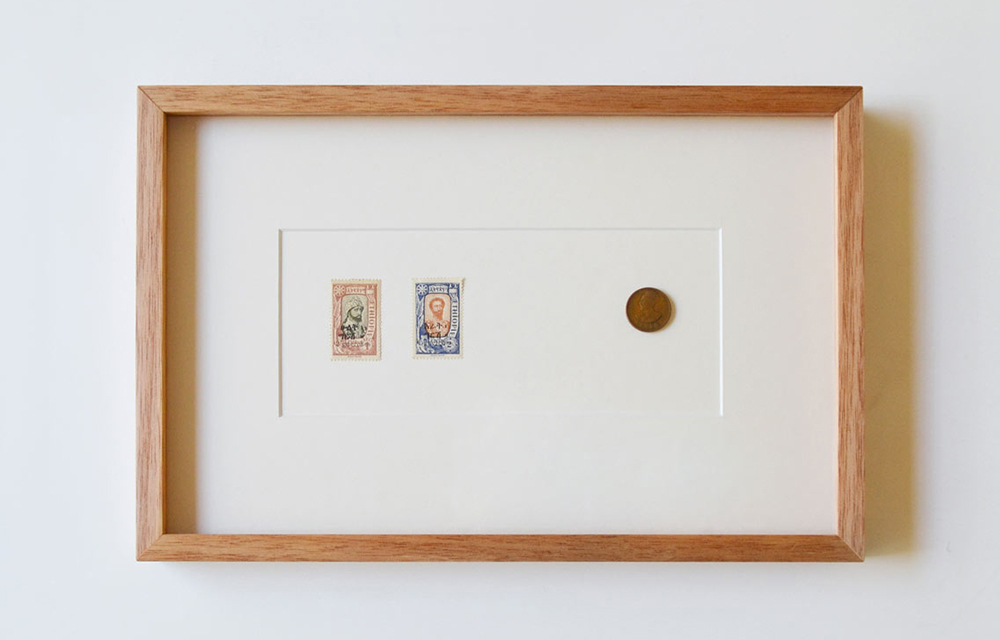 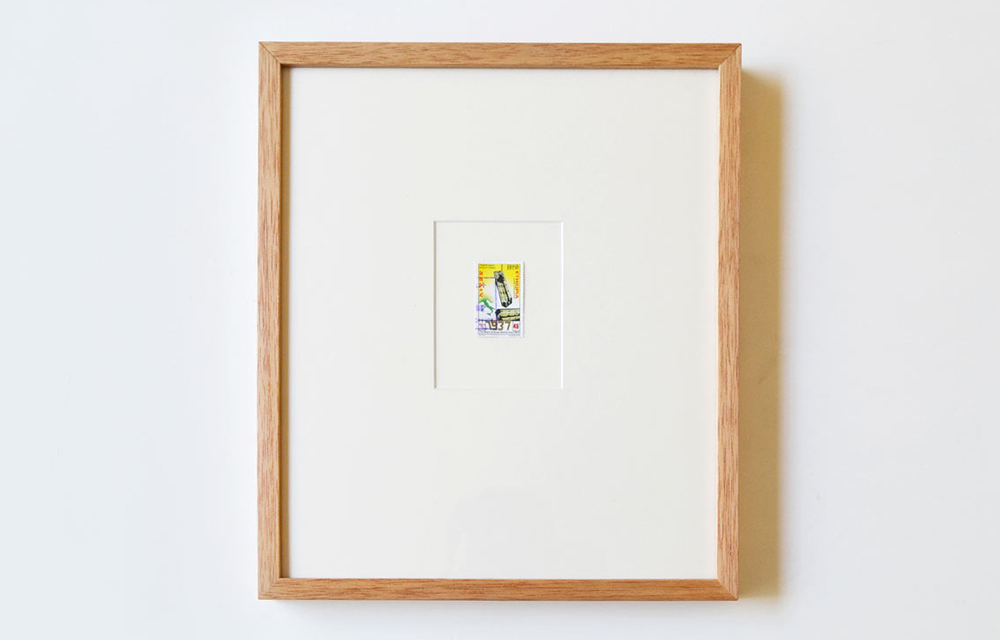 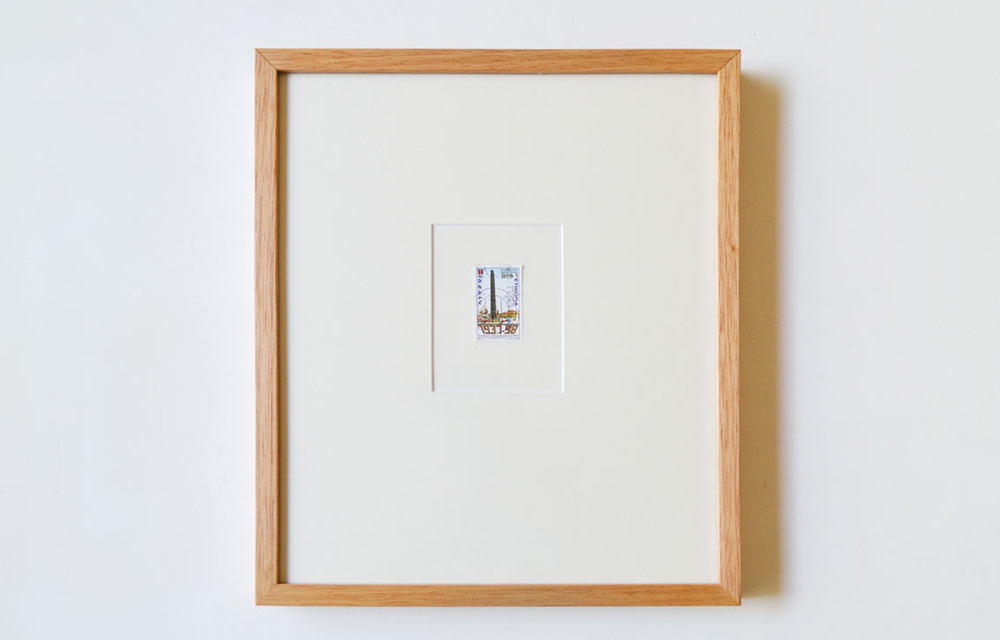 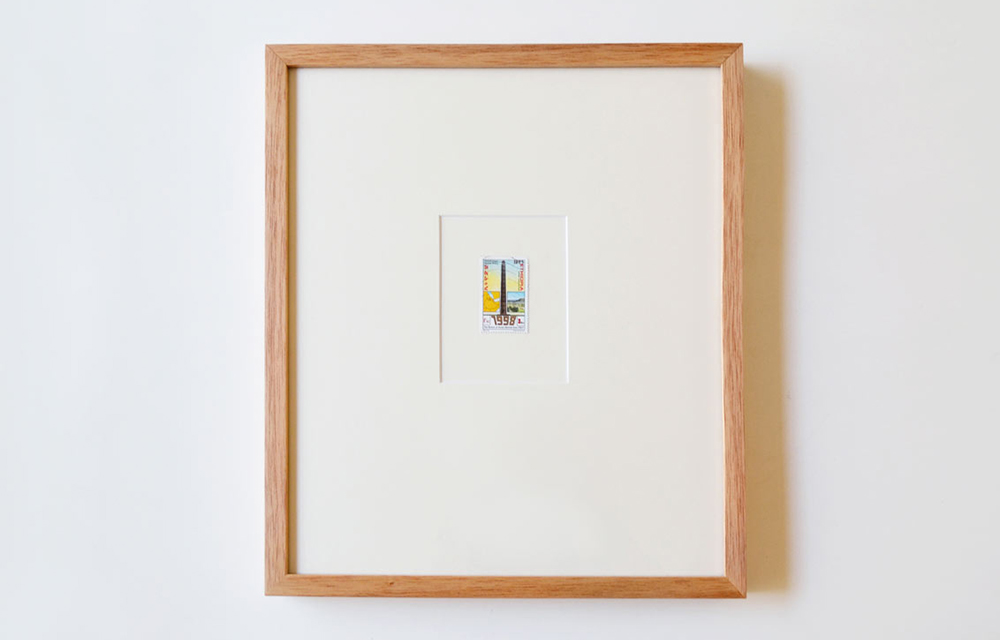 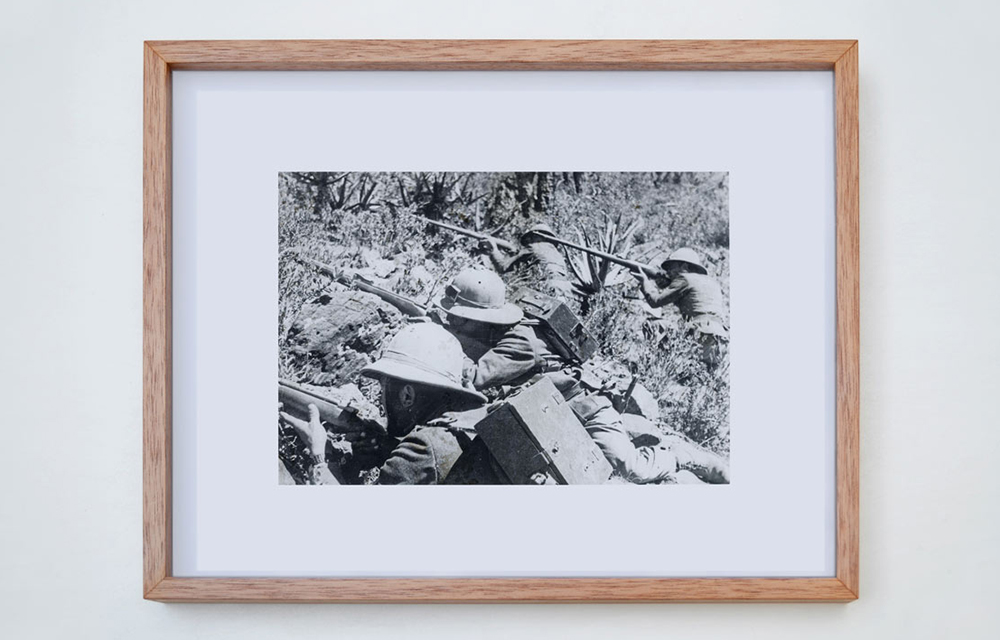 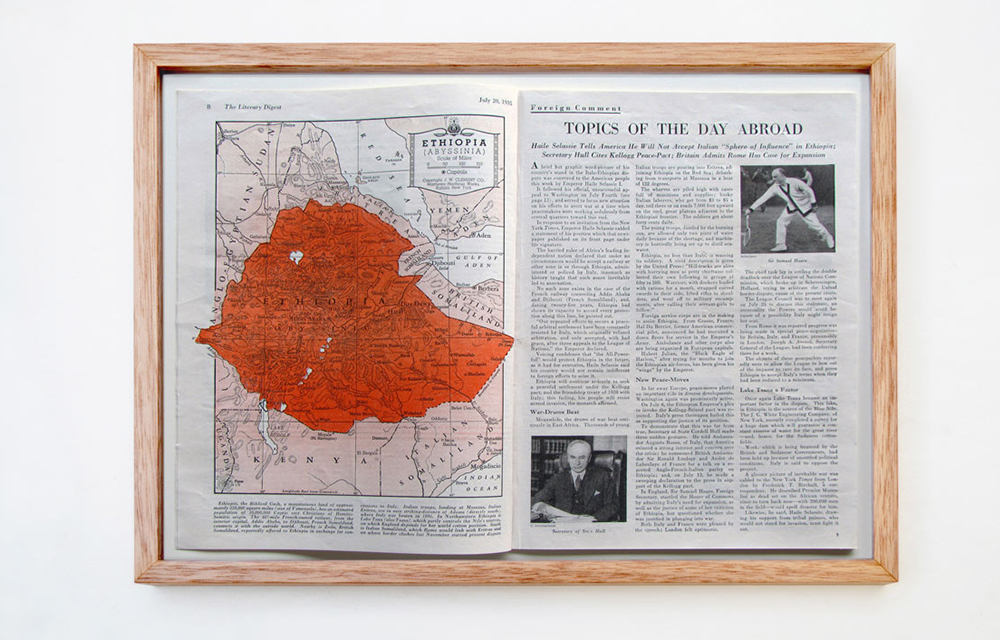 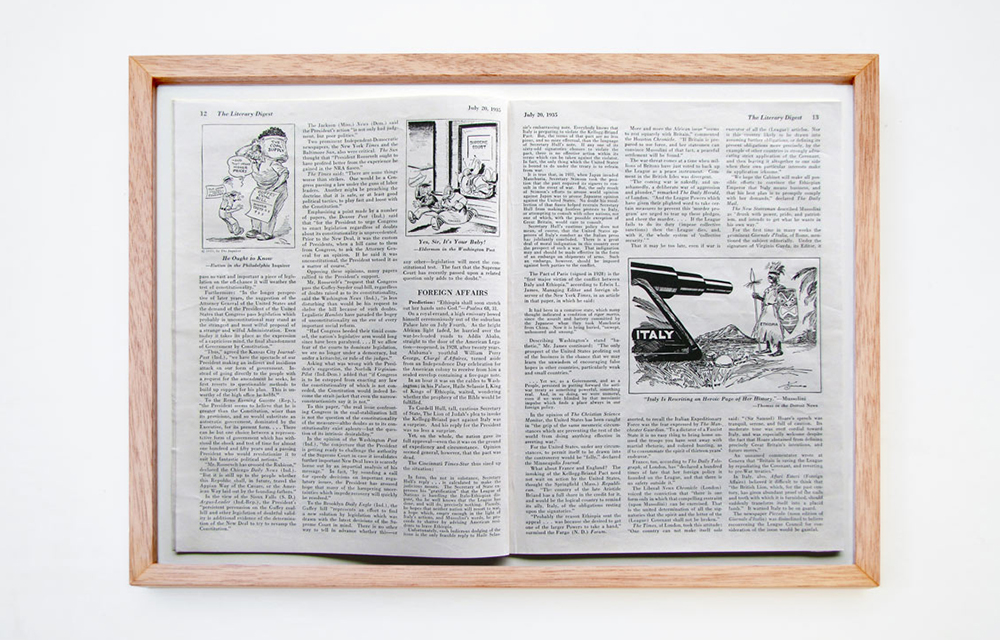 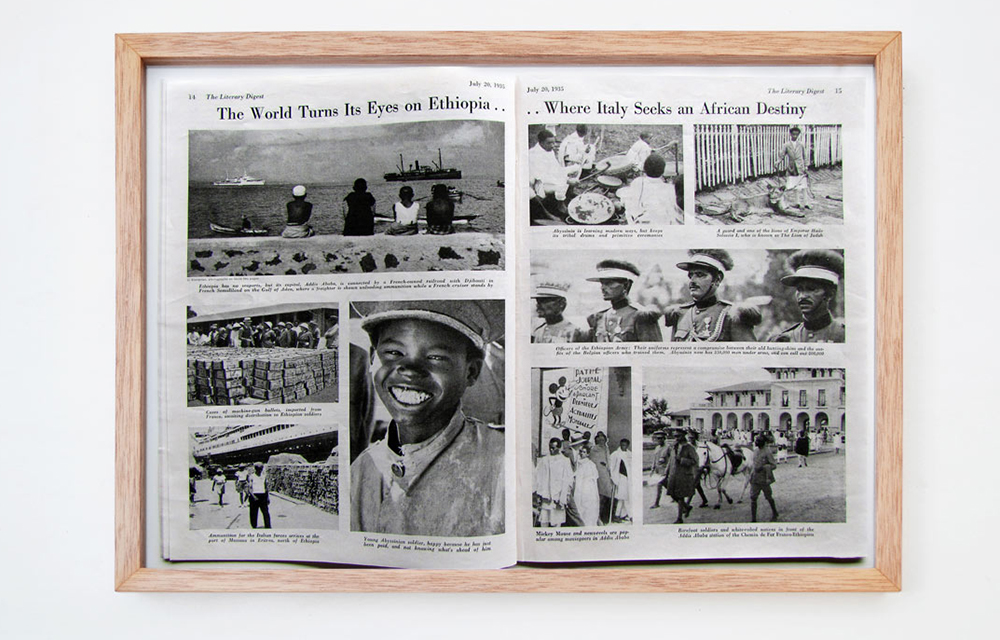 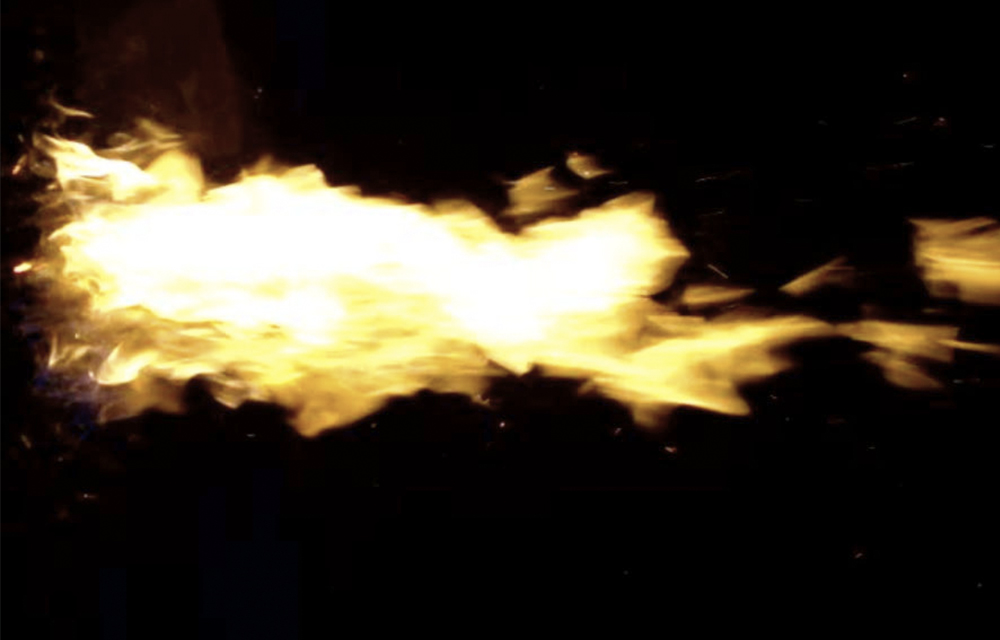 In a chance encounter in Rome, 2002, the artist met Ethiopian Engineer Tadele Bitul Kibrat and wrote down a few notes about their brief conversation. Ten years after, she found out that he was part of the committee in charge of returning and re-erecting the Obelisk of Axum, an ancient artifact built in the 4th century that was taken to Italy by Fascist troops in 1937, where it stood for almost 70 years. After many difficulties and negotiations it was finally returned to Axum in 2008.